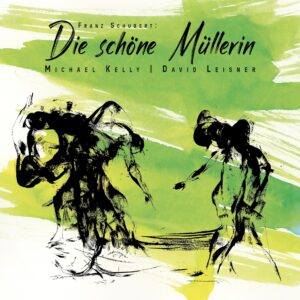 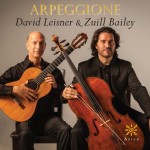 “A magical outing…exceptional CD…All in all, this is a stunningly successful collaboration in every way.” Blair Jackson, Classical Guitar

“I usually enjoy anything David Leisner presents, and this is no exception. Indeed, as a program, it’s one of the most satisfying I’ve heard in quite a while…Guitar and cello recordings are few and far between, and this is one of the best.” Ken Keaton, American Record Guide

“This CD is not just for classical listeners—anyone who loves beauty and wants more of it in his or her life should buy this recording.” The Tannhäuser Gate

“Leisner and Bailey have created a masterpiece with Arpeggione.”  Guitars Exchange

“An important recording event…Facts of Life, a terrific piece, solidly structured as only a few other pieces of the contemporary repertoire, extraordinarily rich in music…an interpreter of lively intelligence and uncommon sensitivity.” il Fronimo

“This is a significant and substantial release..As for the Bach, this extended slick of premium baroque demands copious reserves of skill, stamina, and style, and Leisner shows all three in abundance.” Classical Guitar

“This piece [David Del Tredici’s Facts of Life] should be able to claim a permanent place in the solo guitar repertoire…Leisner’s performance throughout the disc is full of finesse.” Buffalo News

Facts of Life on Spotify

Facts of Life on Apple Music

Facts of Life on Amazon 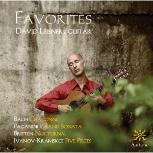 “The enduring and artistically mature David Leisner has produced a highly personal recording of his favorite works for guitar. After a lifetime of playing, studying, listening and honing each to his personal perfect aural image, the result is a program that may well be one of the top guitar discs for an Earth Time Capsule.” CVNC Online Arts Journal

“A consistently enjoyable program…Leisner wrings considerable poignancy from its [Bach Chaconne] wrenching harmonic passages and its long-breathed melodies…Leisner is also impressive in his transcription of Niccolo Paganini’s Grand Sonata, delivering a crisply fleet-fingered rendition that favors clarity and bright articulation to the flashy mercurial (but sloppy) showiness of some other interpreters.” Sequenza 21 Matiegka, the Beethoven of the Guitar

“What sets David Leisner apart is the refinement of his phrasing, which he
imbues with clear, convincing and original intentions…His playing is
authoritative, without trying to appear so. And he succeeds marvelously,
taking us through this entire recording without a single dull moment.”
Suonare

Matiegka, the Beethoven of the Guitar on Amazon

“I’m already up to five viewings, for there is something magical about
watching a master guitarist performing these works.” Guitar Review

“David Leisner has, what is called commonly, a way with him: his
introductions and especially the mid-way interview, show him to be an
interesting and informative conversationalist and his performances
throughout this entire programme are of high standard, both from a
technical and musicianship viewpoint.” Classical Guitar

Classics and Discoveries on Amazon 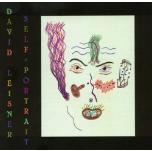 “Leisner performs this music with the vigor of Glenn Gould playing
a Brahms Ballade. Every piece on here is inventive and
refreshing, pushing the expressive envelope, while keeping
harmony and rhythm accessible but never boring. Most
importantly, SP never sounds like you’ve heard it before: a must
have for guitar lovers and players alike.” Guitar Review 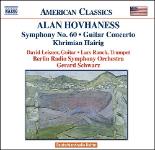 “The Guitar Concerto must be numbered among the more
successful works in its genre…In terms of color, texture and
contrast, the music is wholly beguiling and never overstays its
welcome…Best of all, the entire program is extremely well-played,
from guitarist David Leisner on up.” Classics Today

“Leisner’s interpretations carry a conviction and dramatic punch that is as invigorating as it is rare in the guitar world.” American Record Guide

“Leisner’s elegant and invigorating performances should provide a wake-up call for guitarists who want to take their repertoires in new directions”. Gramophone 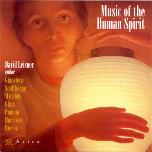 Music of the Human Spirit

Music of the Human Spirit on Spotify

Music of the Human Spirit on Apple Music

Music of the Human Spirit on Amazon 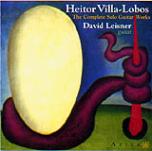 “Leisner stands heads above the crowd on this recording.”
Guitar Review

“This is a must-have disc for anyone interested in Villa-Lobos’
music.” Soundboard 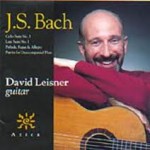 “Some of the most stimulating Bach of recent years,
brilliantly conceived and played.” andante.com

“a recording that reveals the music’s intimate joy”
Acoustic Guitar 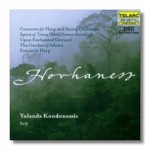 “Superb performances and engineering all around. Leisner’s
a terrific guitarist.” Classical.net

Hovhaness Spirit of Trees on Spotify

Hovhaness Spirit of Trees on Amazon 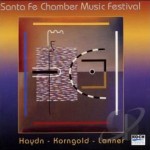 Haydn Quartet in D on Amazon 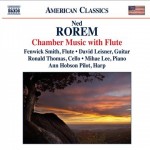 Rorem Romeo and Juliet, with Fenwick Smith, flute on Amazon